Despite its relatively small size, the island of Zakynthos is truly blessed by mother nature, since it offers a multitude of uniquely beautiful spots for the visitor to enjoy. It is divided, from a geographical and morphological perspective, in three distinct regions. In the north of the island the terrain is mainly rough and the steep cliffs and wild rocks, with amazing pebbly beaches with crystal clear waters at their feet, tend to prevail in the landscape. The area in the middle of the island, frequently called by the locals as ‘the Valley’, is indeed a vast lowland, where rows upon rows of the omnipresent olive groves, many traditional vineyards and small forests combine to create a wonderful scenery. At the south end of the island the scene changes abruptly, as one can find many beautiful and long sandy beaches with turquoise waters, creating a complete but charming contrast with the rest of the island.

Navagio (Shipwreck beach), lying in the northwest part of Zakynthos, is one of the most prominently featured sights of Greece and for good reason. Lying in the western coast of the island, it was initially called Agios Georgios beach. Its name, along with each fate, changed when a boat carrying smuggled cigarettes collided with the rough rocks surrounding the nearby coastline, after a mechanical failure rendered the vessel ungovernable mid-sea. During the following years, the sand of the beach on which the shipwreck washed away surrounded and submerged the ship’s trunk, creating the optical illusion of the ship emerging from the ground. Crystal clear waters, the fine white sand and impressive vertical surrounding cliffs frame the submerged trunk, composing a truly breathtaking setting. It is worth noting that the area is reachable by the sea only, with small taxi boats transporting the visitors from and to the small port of Porto Vromi or Zakynthos Town Port on a regular basis.

On the north of the island, accessible by the sea only as well, the magnificent Blue Caves are looming over the crystal blue waters. Discovered only in 1897, the Blue Caves reflect the passage of time and the erosive force of the sea, features that are evident in their impressive arches that are carved by the water along thousands of years. What makes the Caves special, apart from their morphology, is the deep blue color of the water inside them as well as the innumerable corals, in purple and orange shades, features that make the area a paradise for divers.

The southern part of the island is dominated by the vast Bay of Laganas, which is both home to some of the most spectacular golden sandy beaches one can find, as well as surrounded by the famous Zakynthos Marine National Park. The flora and fauna is rich all over the place, with many species unique to the Mediterranean ecosystem. The highlight of the area is the island of Marathonisi, just a few meters away by boat from the coast near Tierra Olivo, a journey in the duration of which you can see the Caretta Caretta sea turtles and the seals swimming alongside your vessel. 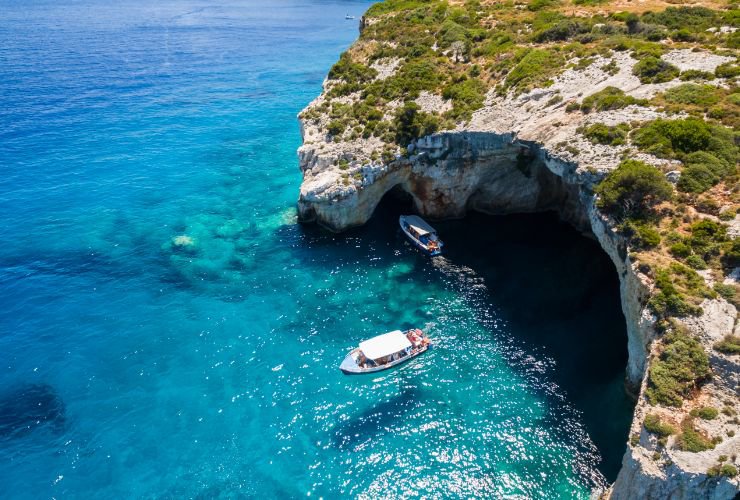 Scattered along some of the most popular beaches of Zakynthos, many watersports centers are available to the interested visitors, in places such as St. Nicholas, Banana beach, Tsilivi and of course, our villa’s native beach of Argassi.
No matter your age or your preferences you will find a fun game that suits your desire, as the activities offered range from adrenaline-packed sports, such as paragliding over the sea and speedy jet-ski rides to the Ionian waves, to smoother family offerings, like sea kayaking, or paddleboards that can accommodate many people at the same time. Additionally, in Tsilivi you can find a large water park, with excellent facilities and a variety of games both for the adult and the kids alike. 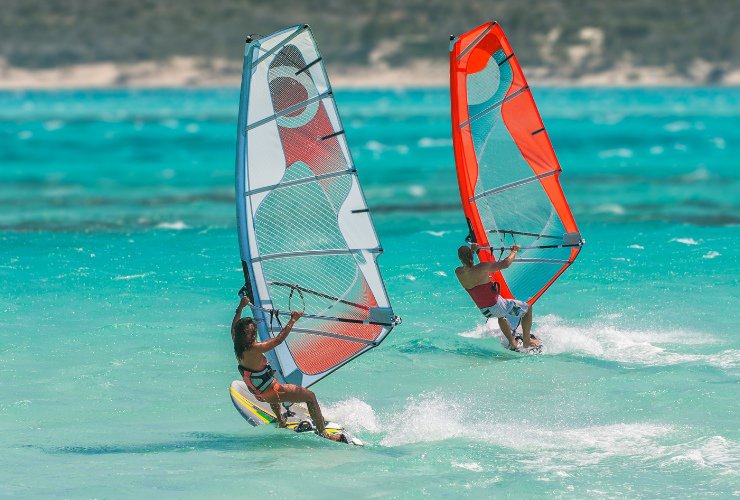 Zakynthos is an ideal place to enjoy your vacation time with your kids, crafting invaluable family memories. Beyond beautiful beaches and the magnificent landscape of the island, there is a lot more to experience with children in Zakynthos.

Tsilivi Waterpark is a true water paradise for kids, as there are multiple shallow pools containing special attractions, such as a pirate ship with child-friendly water slides at its sides or a whole Water Jungle available for them to explore.

Also, the area around Tierra Olivo is ideal for revitalising family cycling tours, surrounded by a countryside full of olive groves and orange trees. Enjoy the enchanting scenery on two wheels, breathe in the refreshing Ionian air and have fun with your children, as you combine both exercising and entertainment. We will rent you bikes, free of any charge and we will also provide you with maps and suggestions for the most exciting cycling routes in the vicinity. 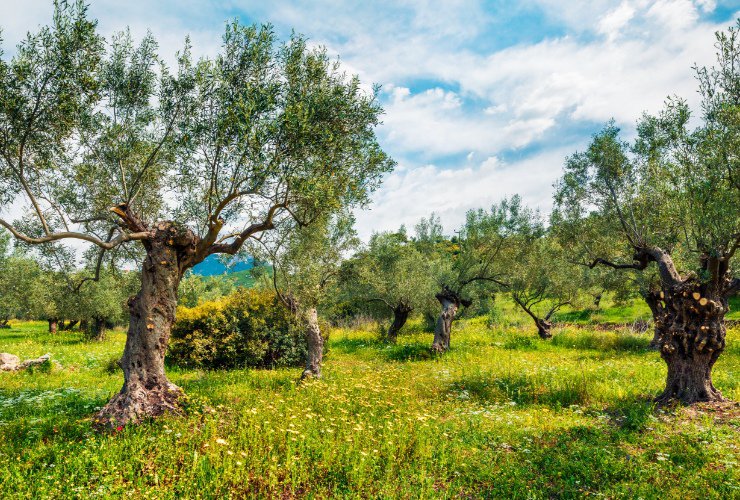 Zakynthos is a place of great cultural heritage and historical interest. According to Homer, it was named after Zakynthos, grandson of Zeus and son of Dardanos, the founder of Troy. Its history spans over multiple periods, cultures and religions, since its strategic position and fertile land made it a desirable spot to control for all conquerors around the Mediterranean sea. Ancient and medieval civilizations that left their mark visibly on the island include the Macedonians, the Romans, the Byzantines and, most importantly, the Venetians, who called the island the Fior di Levante (the Flower of the East).

Even after the rest of Greece went under the Ottoman Turk rule, Zakynthos remained under Venetian domination. Their cultural and political influence achieved high living standards for the islanders and it created a generation of well-educated noble inhabitants, including the Greek National Poet Dionisios Solomos, the renowned scholar Andreas Kalvos and others. You can retrace the steps of those prominent historical figures at the ‘Solomos and Kalvos Museum’, which occupies a beautiful neoclassical building in St. Mark's Square, the most central point of Zakynthos town and where you can visit the mausoleum of the two famous poets, as well as various manuscripts and other items related to their lives. In the wide Solomos Square, a few meters to the west, one can make a jump back in time by visiting the Byzantine Museum of Zakynthos with its hidden treasures and, in the opposite side of the square, the celebrated church of Agios Nikolaos Molos, on the waterfront, the oldest surviving Venetian building of the town. 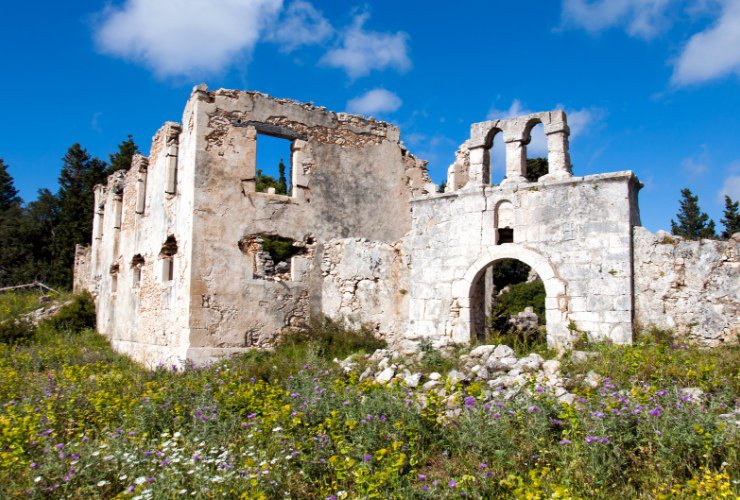